START will host Dr. Assaf Moghadam to discuss his new book, "Nexus of Global Jihad: Understanding Cooperation among Terrorist Actors," at noon on Monday, May 21. The event is free and open to the public, but an RSVP is required. Light refreshments will be served. 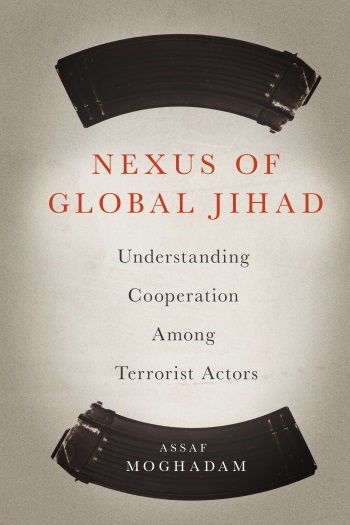 Leading jihadist groups such as al-Qaeda and the Islamic State dominate through cooperation in the form of knowledge sharing, resource sharing, joint training exercises, and operational collaboration. They build alliances and lesser partnerships with other formal and informal terrorist actors to recruit foreign fighters and spread their message worldwide, raising the aggregate threat level for their declared enemies. Whether they consist of friends or foes, whether they are connected locally or online, these networks create a wellspring of support for jihadist organizations that may fluctuate in strength or change in character but never runs dry. Nexus of Global Jihad identifies types of terrorist actors, the nature of their partnerships, and the environments in which they prosper to explain global jihadist terrorism's ongoing success and resilience.

Nexus of Global Jihad brings to light an emerging style of "networked cooperation" that works alongside interorganizational terrorist cooperation to establish bonds of varying depth and endurance. Case studies use recently declassified materials to illuminate al-Qaeda's dealings from Iran to the Arabian Peninsula and the informal actors that power the Sharia4 movement. The book proposes policies that increase intelligence gathering on informal terrorist actors, constrain enabling environments, and disrupt terrorist networks according to different types of cooperation. It is a vital text for strategists and scholars struggling to understand a growing spectrum of terrorist groups working together more effectively than ever before.

Assaf Moghadam is associate professor at the Interdisciplinary Center Herzliya (IDC) and director of academic affairs at the International Institute for Counter-Terrorism (ICT). He is also a fellow at the Combating Terrorism Center at West Point. He is the author of The Globalization of Martyrdom (2008) and coeditor of Fault Lines in Global Jihad (2011).